People are often remembered for their deeds, some are frozen in time by statues, remembered in a street name, or by the famous blue plaque that adorns many houses in Great Britain. There are a select few however that are immortalised in food and EUFD has matched up some famous foods from the picture library. 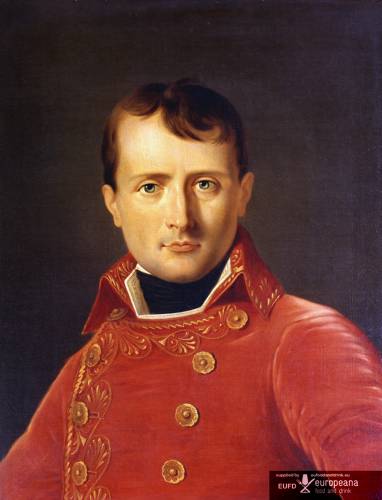 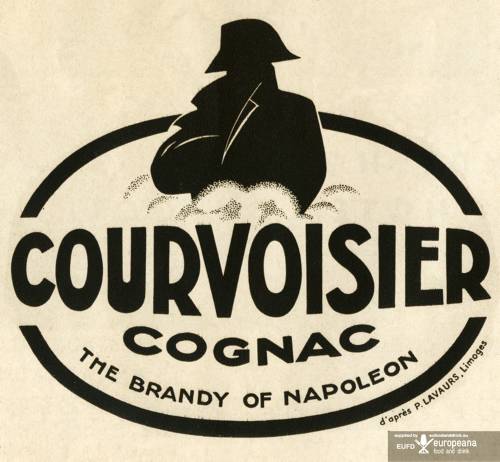 Advertisement for Courvoisier cognac – the brandy of Napoleon. French distilleries named their best cognac Napoleon as a symbol of prestige and quality. Still used today Napoleon Brandy is known as XO, extra old, and designates a blend in which the youngest brandy is stored for at least six years. 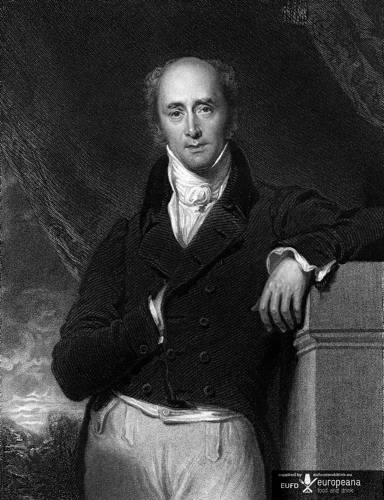 The Right Honourable Charles Grey , 2nd Earl Grey ( 13 March 1764 – 17 July 1845 ) was Prime Minister of the United Kingdom of Great Britain and Ireland from 22 November 1830 to 16 July 1834 . A member of the Whig Party , he backed significant reform of the British government and was among the primary architects of the Reform Act 1832 . 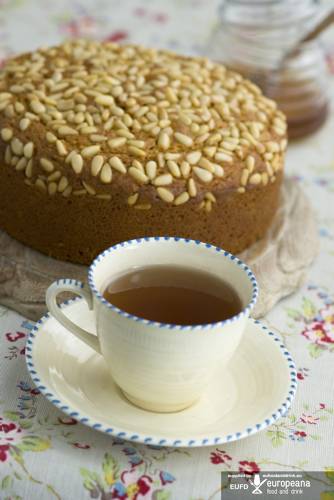 Cup of earl grey tea in cream china without milk and with pine nut topped cake in the background.
The 2nd Earl Grey famously gave his name to an aromatic blend of tea after he reputedly received a gift of tea flavoured with bergamot oil. 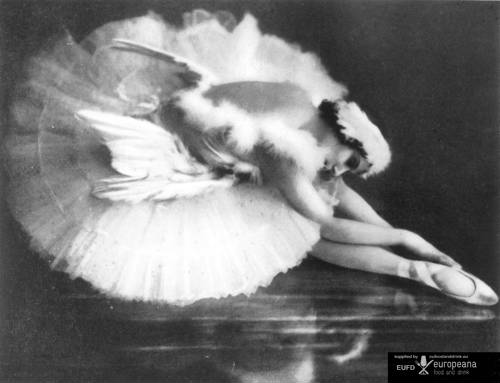 ANNA PAVLOVA as The Dying Swan from SWAN LAKE in 1931 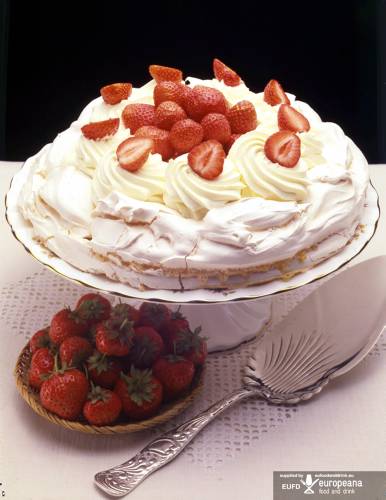 Strawberry Pavlova.
The meringue-based dessert, Pavlova, is named after the Russian ballerina Anna Pavlova. The dessert is believed to have been created in honour of the dancer either during or after one of her tours to Australia and New Zealand in the 1920s. 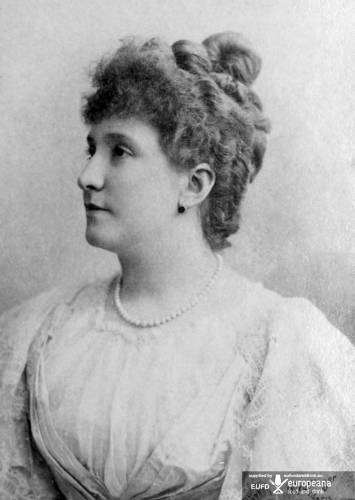 Dame Nellie Melba, GBE (19 May 1860 or 61 – 23 February 1931), born Helen Porter Mitchell, legendary Australian opera soprano and probably the most famous of all sopranos, was the first Australian to achieve international recognition in the form. One of the first entertainers to become a DBE in 1918. 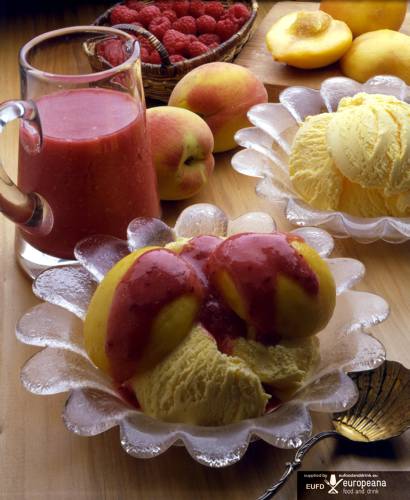 Peach Melba was created by Auguste Escoffier at the Savoy Hotel in London for Dame Nellie Melba who was living there for a time. 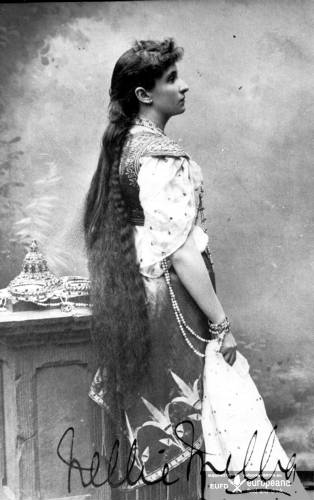 Opera singer Dame Nellie Melba as Lakme, one of the many French roles in which she excelled. 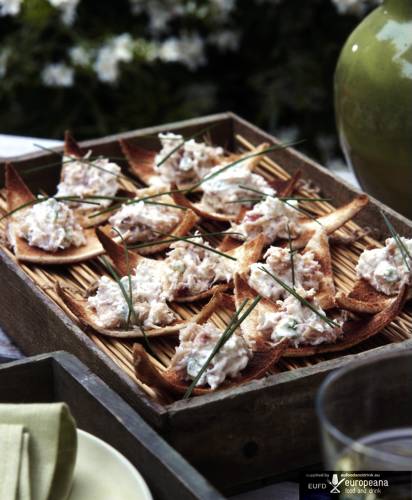 Canapes of melba toast topped with crab and crossed chives
Melba Toast was created by Auguste Escoffier at the Savoy Hotel in London when Dame Nellie Melba had a bout of illness while she was living there. 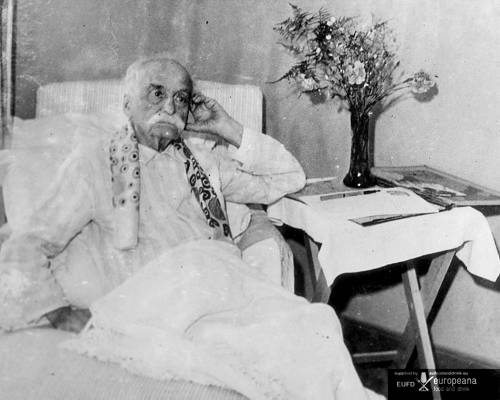 M. Auguste Escoffier – creator of many signature dishes and the father of french cooking. For years M. Escoffier carried the fame of French cooking all over the world including England, the United States, Canada, Spain, Russia and Brazil – he personally served Napoleon III and once the ex-Kaiser was at a banquet which Escoffier had prepared. King Edward brought him to London and for many years he worked at the Savoy, the Ritz and the Carlton – photo shows the last picture of Auguste Escoffier at his villa at Monte Carlo, 12 February 1935 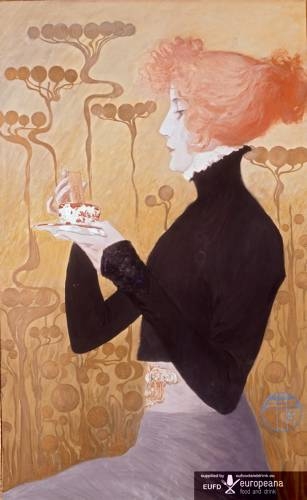 Sarah Bernhardt by Manuel Orazi (1898-1934)
Celebrity chef Auguste Escoffier of the Savoy Hotel created the dessert, fraises à la Sarah Bernhardt, in her honour which consists of strawberries with pineapple and Curaçao sorbet. 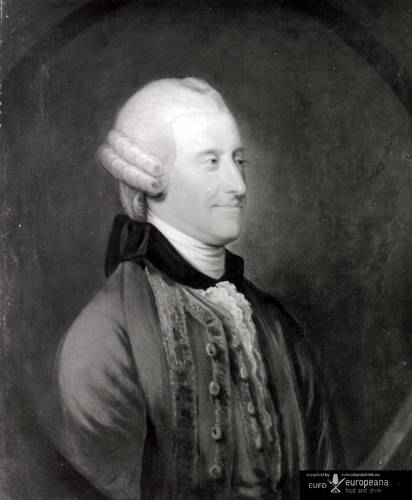 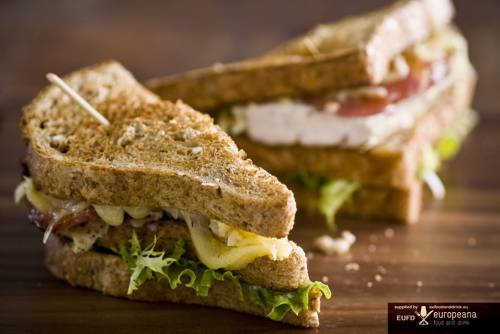 Toasted club sandwich with chicken, cheese, tomatoes, and lettuce on brown bread.
The sandwich is said to be named after 4th Earl of Sandwich after he frequently called for the easily handled food while entertaining friends. 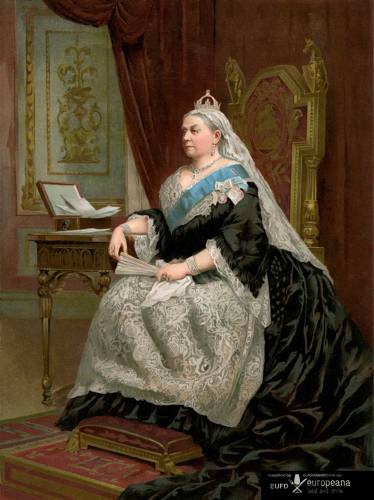 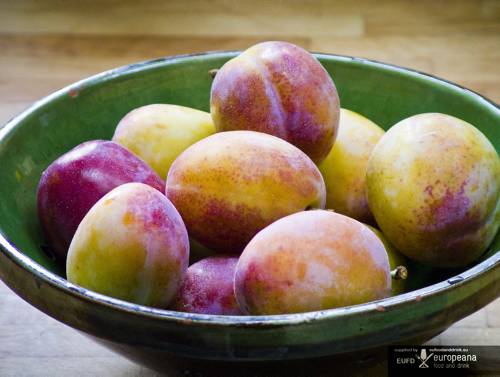 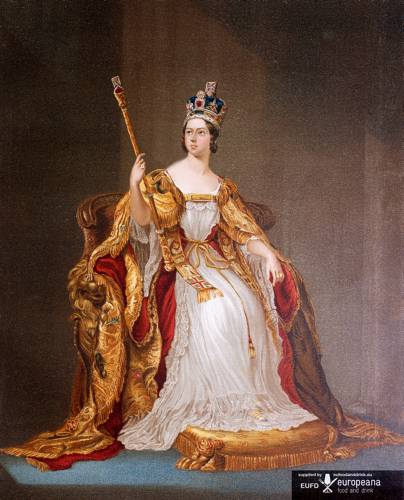 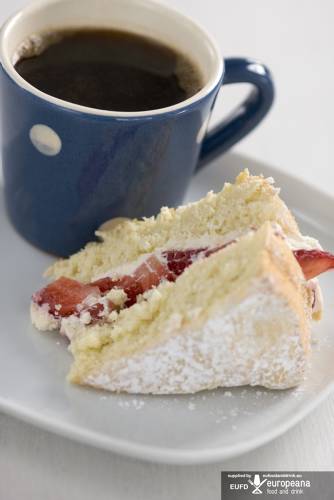 Piece of Victoria sponge cake dusted with icing sugar and filled with strawberries and cream on plate with small blue and white spotted mug of black coffee. 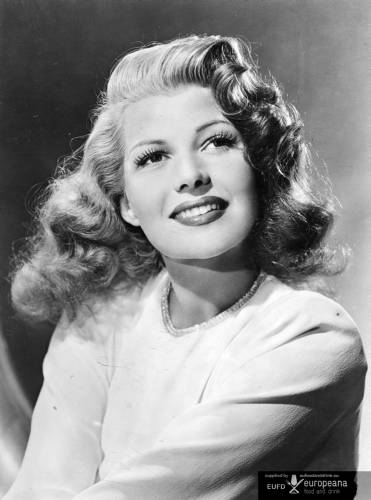 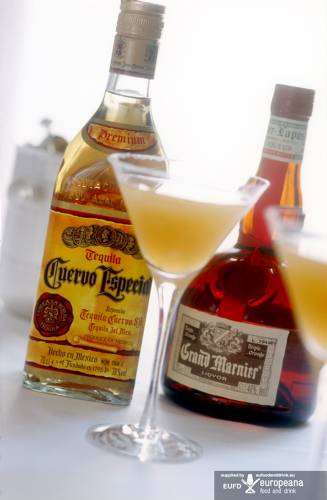 MARGARITA – 1 third Grand Marnier – 1 third tequila – 1 third freshly squeezed lime juice Wet the rim of a cocktail glass with lime juice and dip into salt. Fill a tall shaker with ice. Add the lime juice, the Grand Marnier liqueur and the tequila. Add sugar to taste. Shake and pour into the glass. Garnish with a lime wedge.
Enrique Bastate Gutierrez claimed he invented the drink Margarita in Tijuana in the 1940s for Rita Hayworth. Hayworth’s real name was Margarita Cansino. 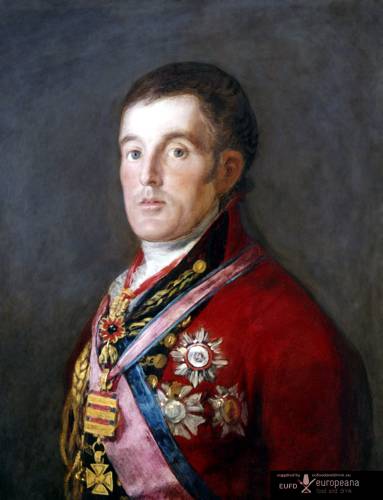 Portrait of the Duke of Wellington by Goya. 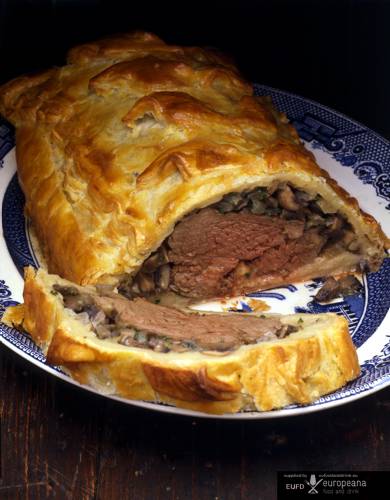 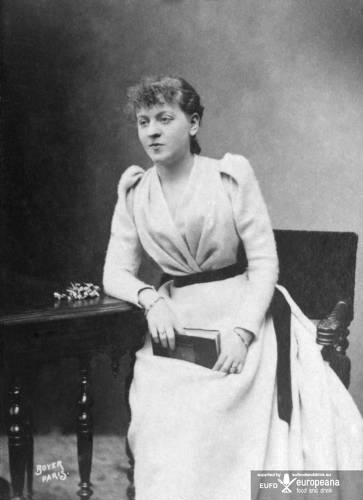 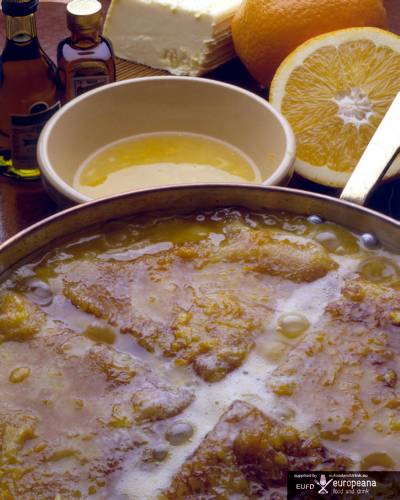 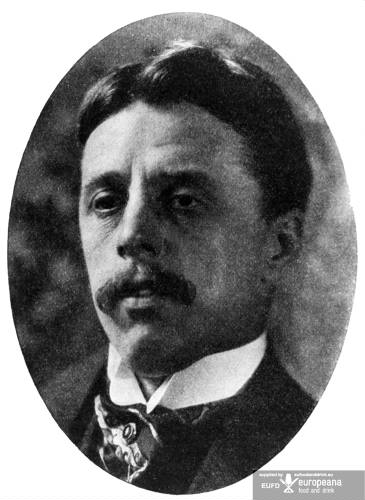 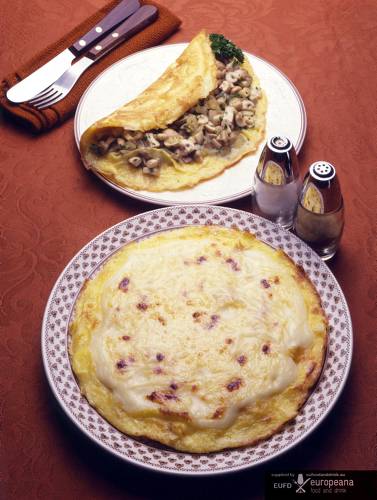 Mushroom Omelette (top) and Omelette Arnold Bennett which is an unfolded omelette with smoked haddock invented at the Savoy Hotel and named after the English novelist who wrote a novel called Imperial Palace in 1930, based on his research at the hotel.

“After a good dinner one can forgive anybody, even one's own relations.” - Oscar Wilde

In the spirit of maintaining good relations through food, the Europeana Food & Drink project has combined a rich display of food and drink cultural heritage imagery, now available to license for publication. Much of the collection is on offer for the first time to publishers and illustrates the depth of local cuisine giving a new insight to the traditional EU dish as it has migrated and adapted across the world. From simple ingredients, cooking utensils, and baking techniques to complex dishes and the many characters that are involved in the food industry, the EU Food & Drink Picture Library (EUFD) illustrates food and drink history in photographs, artwork and objects.
The EU Food & Drink Picture Library is managed by TopFoto.co.uk for pricing, licensing, and search enquiries please contact: requests@topfoto.co.uk or call +44 1732 863939

The EU Food & Drink Picture Library has already expanded to represent relevant food and drink collections outside the project partners and is distributing worldwide via TopFoto’s network of distribution partners.